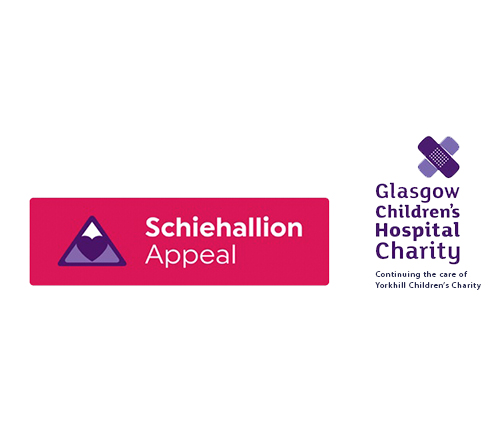 This year we will be partnering with Glasgow Children’s Hospital Charity who support the Royal Hospital for children in Glasgow, where children from all over Scotland are cared for.

Murray Taylor are keen to be involved more with Charities and the community and so have decided to support one charity a year. This year, we will be partnering with Glasgow Children’s Hospital Charity and in particular, the Schiehallion Appeal!

Below, Steve Taylor, Managing Director, explains why this charity is so close him.

Two years ago, at our 25th anniversary of being in business, the Murray Taylor team decided that we wanted to become more involved in helping children’s charities. This we have done but we wanted to, literally, go a step further.

In 2011 my grandson, Myles, was born and he spent all of his short life in Yorkhill Children’s Hospital in Glasgow. During those 26, loving but too short, days, Lynn and I met some of the most wonderful people of Yorkhill Children’s Charity. The charity is the “comfort blanket” to all of the babies and children and their families who pass through the hospital each year. My family certainly experienced that and after becoming involved with the charity, Lynn and I were delighted to be asked to become Ambassadors for the Charity.

Time has moved on, a new hospital has been built and the Charity has a new name, Glasgow Children’s Hospital Charity. http://www.glasgowchildrenshospitalcharity.org/ But Myles remains in our hearts and our minds.

The biggest challenge for me as an Ambassador when I talk about the charity in the North East of Scotland is to get across the message, that although the Charity is based in Glasgow, it is very much a local charity for All of Scotland. If your child is ill and you are far away from home you need help.

Murray Taylor have formed a working Partnership with Glasgow Children’s Hospital Charity and the next year will see a series of events . Our aim is to promote the charity, raise some funds for the children and to have some fun.

Our first project will be to support the Charity’s Schiehallion Appeal, “Help Our Kids Beat Cancer“

From Professor Brenda Gibson, “We named the ward after the mountain – Schiehallion – to mirror the journey for children with cancer. We recognise that it’s an uphill struggle, but we also recognise that you can walk up a path with lots of people who will get you to the top.

“The Schiehallion Appeal will give us access to new drugs for children who have failed conventional chemotherapy. We hope that everyone will get behind our appeal to help children with cancer in Scotland”.

Our “step further” will be to walk up the mountain the Schiehallion Ward is named after. The appeal will allow treatment in Scotland as opposed to children and their families having to travel to Birmingham or London.

Lets see what we can do together for this great cause. See what we have raised so far on our JustGiving page.