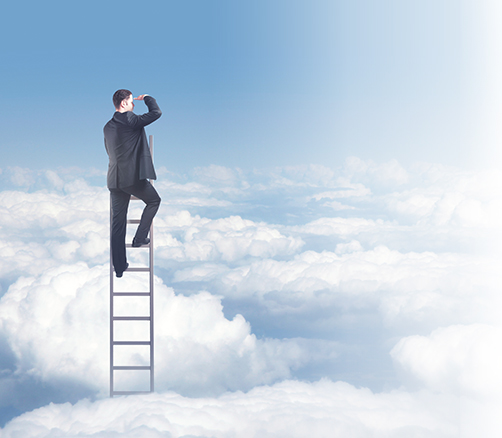 Is your head in the cloud?
It should be...

Over the years many workers, especially in the oil and I.T. industries, could be forgiven for feeling “not wanted”. Many large organisations or “end users” did not want these workers to be employed by them and in turn creating Employees rights , such as pension, sickness and holiday entitlement. The End Users  wanted to engage with the workers when they needed them and simply let them go when surplus to requirements.  In many cases the End users wanted to trade with Limited Companies and not individuals. So, what is a worker to do ?. Form their own one man/woman Limited Company in order to get work. 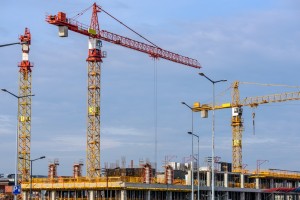 IR35 came into force in April 2000 as part of the Finance Act. IR35 is tax legislation that is designed to combat perceived tax avoidance by workers providing their services to clients via an intermediary, such as a limited company. Such workers are called “disguised workers” by HMRC, if caught by IR35, the workers have to pay income tax and NIC as if they were employed. The financial impact of IR35 is significant.  It can reduce workers net income by up to 25%, costing the typical limited company contractor thousands of pounds in additional income tax and NIC’s.

IR35 was introduced to tackle the problem of ‘disguised employment’ – where organisations engage workers on a self-employed basis, rather than an employment contract, so they became disguised employees. All of the tax downsides with none of the employee benefits.

To a large extent IR35 was not a real problem for Contractors as HMRC never devoted enough resources in ensuring compliance. Contracts could be put in place to record the exact relationship between worker and end user which in turn mitigated the effects of tax. However the threat was there and with the advent of various Tax Planning Strategies , such as K2 and Hyrax , many workers moved over to these structures to provide services. Tax structures , such as K2 and Hyrax were perfectly legal , some people might say immoral, but none the less legal. HMRC clearly did not like these structures as they lost out on tax and NIC. The remedy existed for HMRC to take these structures through the courts and/ or change the legislation going forward. Instead HMRC introduced a series of measures , such as Accelerated Payment Notices (APNs) , Followers Notices and the 2019 Loan Charge . HMRC argue that the 2019 Loan Charge is not Retrospective Legislation and yet it applies to loans outstanding on 5 April 2019 that have been granted over the last 20 years !

Former BBC Look North presenter Christa Ackroyd has now been faced with a tax bill of up to £420,000 after losing a legal battle with HMRC. Ms Ackroyd was one of a number of people engaged by the BBC via personal service companies. The tribunal heard she was engaged via two fixed-term contracts agreed between the BBC and her personal service company, Christa Ackroyd Media Ltd (CAM). HMRC argued that as an employee of CAM, the company was liable for income tax and national insurance payments while Ms Ackroyd claimes she was a self-employed contractor and CAM had no further liability. A spokesman for HMRC said they could not comment on individual cases but added “Employment status is never a matter of choice; it is always dictated by the facts and when the wrong tax is being paid, we put things right”.

As the first IR35 victory for HMRC in nine years, the case against Ms Ackroyd will likely have implications for similar cases as well as future expansion of the legislation. Tax advisers dealing with contractors and contractor-hiring firms can expect a heavier workload in future, courtesy of the IR35 rules. Tax advisors are being recommended to prepare their clients for the impending changes to help reach the best possible conclusion.  Advisers will need to instruct their clients to carefully examine their workforces to ascertain the IR35 risk that their working practices pose.

From 6 April 2017 new legislation was brought in that affected public sector workers.  They are now being taxed under the IR35 legislation and are taxed as ‘off payroll workers’, this essentially taxes the individual as an employee but without any of the benefits of being employed.  A consultation document was expected to be published early 2018 about extending the legislation to private sector workers, however, the date has not yet been confirmed.

We have enjoyed success on Status ( of workers) Issues with HMRC putting forward arguments that were eventually accepted by them . if you are a Contractor , we would be pleased to examine your contract with your end user. Even if we , or another professional, has previously looked at it, it would be prudent to review once more, in light of the above. If you have a workforce consisting of employees and sub – contractors , we would happily examine their Status.  If you have been involved on a tax structure we will be pleased to negotiate on your behalf with HMRC , as we are currently doing for a number of clients.

The above was written by Steve Taylor and Meghan Wood, who can be contacted as follows: